Life went back to normal in most senses of the word. Sex was still amazing especially when I felt Cody’s piercings entice my g-spot to a higher level. It felt amazing.

Since we’d returned home, Cody had gone to the sex toy shop and spoken to the guys there. With their assistance, he’d bought some small weights for his taint and my nipples. I knew he was also looking at stretching his scrotum as well though he was a bit leery of the straps he’d have to use. Apparently, the guys at the shop told him to wait until all his piercings had healed totally and then they’d make sure he got the correct items.

Cody came home happy. Dumping his briefcase on the floor in the foyer and taking me in his arms kissing me soundly.
“Someone had a good day,” I giggled.
“You are my good day, Shelby,” he nibbled my ear.
“What are you wanting now,” I stepped back with a smirk.
“I got you a gift…for later.”
I lifted my brows, folding my arms under my breasts. His eyes moved to my breasts so lifted my top up and over my head letting it fall to the carpet.
“You seem interested in my ample bosom,” I cupped them, lifting them higher making him groan.
“I’m looking forward to suckling them later, darling. Meanwhile, what’s to eat. I’m starving.”
“You and food,” I rolled my eyes turning away. He grabbed me again whirling me around holding my head our eyes meeting and kissed my nose before releasing me.
“I also have an idea…you may enjoy.” he left me standing staring after him moving up the stairs dropping his clothes as he went. Turning the corner at the top of the stairs he dropped his boxers wriggled his butt and then turned jerking his hips, his dick jumping out. I shook my head laughing in near hysterics as I went back to the kitchen to finish cooking dinner. How I loved my man, it was no wonder we married. With one hand stirring the pan my other moved to my collar, playing with it, smiling in contentment.

Cody returned in jeans and a t-shirt; his damp hair brushed back on his head. He came into the kitchen, taking a beer out of the fridge, tossing the lid in the bin he stood beside me sipping straight from the bottle.
“I thought we could go out on Friday night.”
“That would be nice. Where too?”
“Your friend from the shop invited us to a swingers party…if you want to go and investigate.”
“I don’t need to have sex with anyone but you, Cody.”
“You don’t have to, however, perhaps we can learn a few more things.”
“You really want to go, don’t you?”
“I… I want to know what it’s all about, Shelby. I realise you only want me. I just need to satisfy my curiosity a bit more.”
“Fair enough. Perhaps we can go for an hour.”
“You are a wonderful partner and wife, Shelby. I love you so damn much,” he pulled me in for a kiss, instead, he got a splotch of sauce on his nose making me giggle. “Remember revenge will be sweet.”
“Of the chocolate kind I hope?” I moved to get two plates out of the cupboard, he passed me with the cutlery, smacking my butt along the way.
“Naughty but nice. Time to eat.”

Dinner was a beef stir-fry with all the vegetables we loved, though a great meal it wasn’t a patch on the gift Cody had bought.
We were in our bedroom, disrobed to our underwear. I was dancing up and down in excitement when he caught me with a kiss, handing me a small red box with a gold ribbon bow on top. Slowly I opened the lid looking at the delicate hearts inside.
“What are they?”
“The weight of my love for you which grows stronger each day.”
“They’re beautiful. What…” I saw the clips and smiled. “Decoration for my nipple rings,” I flicked my eyes up at him.
“Yes,” he grinned. “They are technically weights,” He picked them up moving my bra to under my breasts and clipped them onto the rings, I gasped at the weight then giggled, jiggling my breasts. Cody replaced my bra and handed me another box. This one was blue.
“What’s this?”
“They’re for my taint piercing. I’d like you to attach them,” I took the box and he dropped his boxers, his hard dick springing out ready for action.
“Blow job too, darling?”
“I won’t say no,” he smirked.
I moved to my knees; he opened his legs as I moved my mouth over her dick. He shuddered when my tongue wrapped around the head and pushed deeper until he hit the back of my throat and I hummed, reaching out for his taint piercing and clipping on the slightly bigger plain weights. I began to play, tugging them gently while enjoying his dick. His fingers tangled with my hair, pre-cum dripping into my mouth. He tasted yum. Withdrawing I stood up kissing him, sharing his taste. He pushed me onto the bed stripping the rest of my lingerie off my body and covering me with his rock-hard body.
“Are you going to wear them at work?”
“Yes. Like with the collar, nobody will know unless I open my shirt.” he grinned, his fingers cupping my breasts, tugging gently on the weights. “You are so beautiful,” his mouth went to my left nipple tugging the ring, sensations rained down on me, my pussy tingled with need, getting wetter by the moment.
“What about the ring?”
“I’ll do anything for you, my love,” his other hand delved into my wet heat, I arched my hips into him mewling when he pinched my clit. “Do you want me, darling?”
“Yes,” I moaned. His dick pushed inside until I’d enclosed his shaft with my heat. “You feel amazing, Cody.”
“I can’t get enough of you,” he began to move, thrusting in and out with slow hard strokes, building us both up. My hands moved over his back, to his gorgeous firm butt. I slid my finger down his crack. He jerked harder, my moans getting louder as my body flooded with fire. I pressed my finger on his hole wishing I could tug his weights. Cody thrust faster. “Cum with me, Shelby,” he groaned. I held his butt cheeks firmly, his dick and balls slapping my wet pussy.
“Now Cody,” I screamed, putting my legs up and holding him in place as my body shook with orgasm and he groaned releasing his cum to my core. It was heavenly as wave after wave entered my body until he had no more and with a sigh, we rolled to our sides, brushing the hair off each other’s faces, kissing and settling down for sleep.

Friday night finally arrived and I was standing in our bedroom, hands sweaty with nerves. I began pacing the floor, sitting on the bed then getting up again. This was how Cody found me. Frowning he took me into his arms.
“What’s wrong Hunny?”
“I’m not sure I can do this,” I said tearfully as he pulled me into his arms.
“You don’t have to, Shelby,” he kissed me.
“I-I don’t want to disappoint you.”
“You never could. I love you, silly,” he smiled kissing my nose. “How about we go out for dinner instead.
“You’d do that for me?”
“What did I just say, Shelby?”
“You love me,” I giggled. “Thank you, I’ve been getting more nervous as the afternoon passed.”
“Dinner it is then. Where would you like to go?”
“How about the Indian Restaurant which has just opened. I’ve heard it’s excellent.”
“Nice idea. You go shower and change while I make a booking. I’ll join you shortly,” he waggled his eyebrows making me laugh. Honestly, sometimes I didn’t know what to do with him…well, you know what I mean.

I loved our shower. I’m sure I’ve said this before. It was heavenly and one of the best gifts my husband had given us. It was a wedding anniversary present to ourselves. Turning the double heads on and the one from my pussy I was all set. Washing my hair, I let the hot water run down my back, my face lifted to the water cleansing my soft skin. Hands moved over my body with a soapy cloth, I moaned when it moved between my legs…there is something erotic about it when someone else is washing you. Slowly I lowered my face opening my eyes to grin at Cody. A quick kiss on my lips and he lifted me onto his waiting dick. Damn, he was huge tonight. It made me wonder if I was being over-anxious about the Swingers party. Sighing, he sank to my core and fucked me hard until we came together. Finishing our shower, we dressed and left for the new Indian restaurant.

Sitting at a table for two in a dimly lit restaurant was just the right thing for me. Love blossomed. A red rose in a vase, a kiss on the lips and glass of champagne and a beautiful meal of Korma Chicken Curry with rice. Their dessert was sublime.
It was as we were finishing that I spotted Jackson with a stunning woman sitting across from him. He must have felt my eyes as his head turned towards me. Seeing me he smiled and went back to his meal and guest.
“Did you know Jackson would be here tonight?”
“Huh…” Cody munched on his chocolate brownie. “Who?”
“Jackson, from the shop. Did you…”
“I heard you and no I didn’t know…that sounds wrong,” he chuckled. “Where is he?”
“Other side of the r… nope he’s standing beside you with his…”
“My fiancée, Sasha.” he chuckled. “Are you joining us tonight?” he looked at both of us. I
fidgeted in my seat and Cody started to shake his head.
“Yes,” I choked out. “Yes, for a short while,” I said a bit louder.
Cody’s nearly dropped his jaw in shock, instead, he smiled at Jackson. “We’ll be there in about half an hour,” he nodded to his dessert.
“Great, look forward to seeing you both.” They walked away; Sasha hadn’t said a word.
“Why didn’t…”
“Why did you…” we laughed. “You first, Shelby.”
“Why didn’t Sasha speak?”
“I’m not sure, perhaps she’s a submissive.”
“Right. Not sure I like that idea at all.”
“There are male submissives too, Hun.” he smiled. “Why did you say yes to the party. I thought you didn’t want to attend.”
“I don’t. Not really. Though going to have a look for half an hour won’t hurt…will it?” I looked at him, biting my lip.
“No. I’ll not let any harm come to you, darling,” he stretched his left hand across the table entwining our fingers.
“Thanks. You’ll owe me for this…” I smirked.
“God what have I gotten myself into now,” he sighed and finished off his dessert. “You want coffee or hot chocolate.”
“I want to get this party over and done with so we can go home and have hot drinks and even hotter…sex,” I replied.
“Deal.” 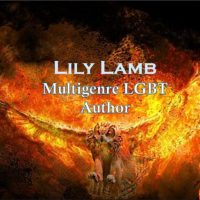 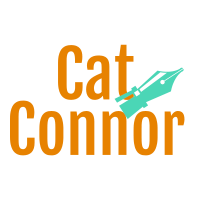 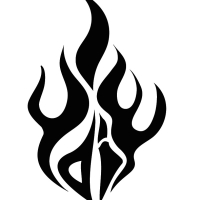 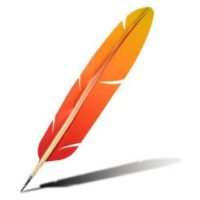